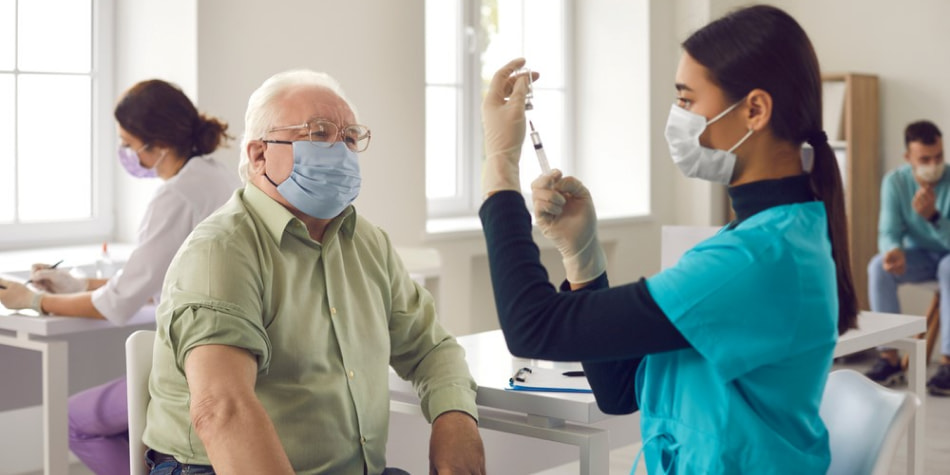 Vaccines aren't just for young children. Be sure to speak with your doctor about which vaccines you might need as you age.

While you may hear a lot about children getting their vaccines and booster shots, vaccinations are also important for older adults' health, especially because some diseases are more common in adults.

There are several vaccines that adults over 50 need to stay healthy. Although some of these vaccines are also received during childhood, a booster shot later on can give your immune system the support it needs to fight off disease and illness.

Influenza, commonly known as the flu, is a contagious respiratory illness that affects the nose, throat and sometimes the lungs. Flu cases range in severity, but in extreme cases they can be fatal, especially in older adults. The Centers for Disease Control and Prevention (CDC) recommend that everyone 6 months of age and older should get a flu shot, with few exceptions. In case of a vaccine shortage, people 50 and older should be prioritized for the flu shot, but it is not recommended for this age group to get the nasal flu vaccine.

The Tdap vaccine prevents three different diseases and infections: tetanus, diphtheria and pertussis. Tetanus, which can cause painful muscle contractions, is also called lockjaw because it can cause the neck and facial muscles to lock, making it hard to open the mouth or swallow. Diphtheria usually affects the mucous membranes in the nose and throat, causing buildup as bacteria creates a toxin that kills healthy tissue, while pertussis, also called whooping cough, is known for uncontrollable and violent coughing. Both diphtheria and pertussis can make it hard to breathe.

Most people begin receiving this shot when they are 7 or older, and it's recommended that adults receive a Tdap booster shot every 10 years. Someone who has gotten a severe or dirty wound or burn may need to get a Tdap vaccine sooner.

Shingles is caused by the varicella zoster virus, which also causes chickenpox. If you have recovered from chickenpox in the past, it's imperative that you get the shingles vaccine, as the virus that causes the chickenpox remains inactive in your body and can reactivate years later as shingles. Shingles causes a painful, itchy rash, but it is not life-threatening. It's more common in older adults and people with weakened immune systems.

The CDC recommends that healthy adults 50 and older receive two doses of the shingles vaccine separated by two to six months. The shot is usually given in the upper arm.

Although the pneumococcal vaccine is recommending for healthy adults 65 and older, it is also recommended for adults 19-64 with certain risk factors, such as chronic heart or lung disease, or a history of smoking.

Hepatitis A and B

Hepatitis A and B are liver infections that can cause the liver to become inflamed or damaged. Fortunately, hepatitis is no longer very common in the U.S. due to successful vaccines. According to the National Institute of Diabetes and Digestive and Kidney Diseases (NIDDK), since the vaccine became available in 1995, the rate of infection in the United States has decreased by 95%. However, people who travel to developing countries or experience homelessness are more likely to get hepatitis A.

Hepatitis B is also less common in the United States than in other countries, although Asian Americans and African Americans have higher rates of chronic hepatitis B than other racial and ethnic groups in the U.S. People who are born to a mother who has hepatitis B are more likely to get it because it can spread from mother to child during birth, according to NIDDK.

As life begins to return to normal, some kids may feel overwhelmed and overstimulated as they return to in-person learning.

Could your baby have RSV and should you take them...

This virus is highly contagious and is particularly effective at causing a number of respiratory infections in infants 6 months old and younger...

What to know about Vitamin D

Clearing up the confusion between good and bad cholesterol

What is an ENT doctor, and when should you see one?