Skip to main content
Our COVID-19 Response
Get important health information and updates on our enhanced safety protections.
Resource Hub

Kratom: the risky new substance you need to know about 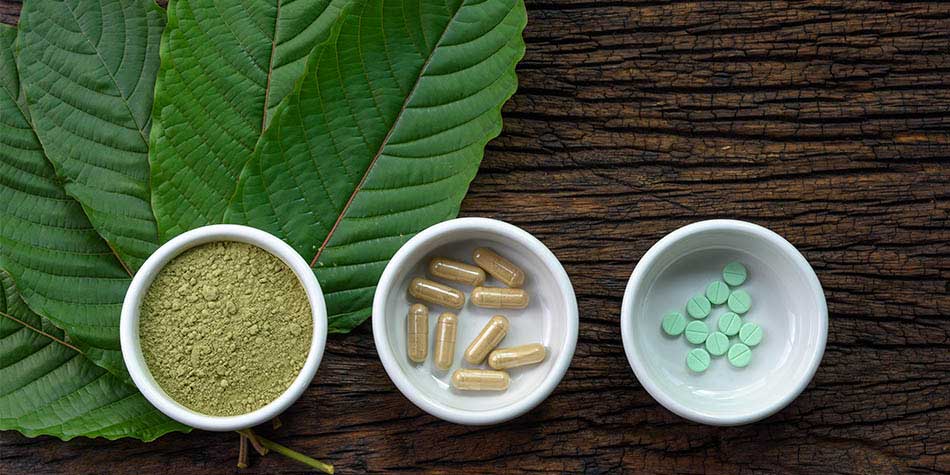 While it might not be on your radar quite yet, kratom is on the rise. Between 3 and 5 million Americans use the herbal supplement, either recreationally or to self-manage medical conditions such as pain or insomnia, according to pro-kratom advocacy group the American Kratom Association. Fans of kratom argue it helps them feel better, has few drawbacks and - thanks to its online presence - is easier to obtain than prescription medication.

But kratom's increasing popularity hasn't come without problems. Critics have serious concerns about kratom's safety, for good reason. There were 682 kratom-related calls to U.S. poison control in 2017, according to a 2019 study published in the journal Clinical Toxicology - up from just 13 calls six years earlier. In that time, dozens of people died of overdoses in which kratom was involved.

Skeptics also say there's little scientific proof kratom actually works. Kratom is not prescribed by healthcare providers (HCPs) or approved by the U.S. Food and Drug Administration (FDA) as a medical treatment. In fact, the FDA warns it shouldn't be used at all.

So, what's the big deal about kratom? Here's what you should know about the reasons people take it, how it works - and why it might be hazardous to your health.

Kratom (pronounced KRAY-tem) comes from Mitragyna speciosa, a tree commonly found in Southeast Asian countries like Malaysia, Thailand and Indonesia. M. speciosa leaves can be chewed whole, made into a liquid extract or turned into powder, capsules or tablets. Many users brew tea with kratom, and there's even kratom gum. Among other names, kratom may also be sold as biak, kakuam, ketum, thang (ithang) and thom.

The main active ingredients in kratom are a pair of compounds called mitragynine and 7-?-hydroxymitragynine, which influence the same parts of the brain as opioids. Once ingested, kratom typically takes a few minutes to kick in, and may continue working for up to five hours.

In small amounts, kratom stimulates the central nervous system and can increase energy levels. For this reason, kratom is sometimes used recreationally - for pleasure or outward experiences - and is known to make the rounds at music festivals.

Owing to its effects, people use it to treat health problems such as muscle pain, panic attacks, diarrhea, menstrual cramps and PTSD. Kratom is also said to reduce cravings and is advertised as an appetite suppressant. Many have reported taking it to wean themselves off of opioids or alcohol, as well.

Though it's legal on a federal level, as of January 2020, kratom has been declared unlawful in six U.S. states and banned in some cities and counties, which consider it to be a Schedule 1 substance like heroin or cocaine. It is against the law to advertise the herbal supplement as a medical treatment, and several companies have been fined heavily by the FDA for doing so. Despite these obstacles, kratom remains easy to come by. While it's not available in major drugstores or supermarkets, you can find it online and at smaller establishments in areas that permit its use.

The downsides of kratom

Enthusiasts find it works for them, and since it comes from a plant, they believe it's safe to use. The problem is, there's no hard scientific evidence kratom successfully treats any medical condition—and perhaps more alarming, there are significant worries about its safety.

Kratom could also react with medications, causing serious headaches or communication problems. The substance has been found in newborn and nursing babies, as well, which means it may be passed from mother to child through the placenta or breast milk. There have been reports of withdrawal symptoms in infants.

Sometimes, kratom use may lead to severe breathing issues, liver damage, kidney failure, seizures, coma and death. Between July 2016 and December 2017, it played a role in at least 91 overdose fatalities, according to the Centers for Disease Control and Prevention. Additional drugs - usually fentanyl - were involved in the vast majority of these deaths, though some people had apparently taken kratom by itself. It's unknown exactly how much kratom is toxic; it likely differs by person, formulation, ingested dose, length of time used and the amount of active ingredient.

The potential for addiction is another major downside to kratom. Even though it's taken by some to help come off opioids, there are concerns about dependence. Users may not know how much to use, or they may need increasingly more kratom for the same high.

Finally, since kratom is considered a dietary supplement by the FDA, it's not regulated like medication. This increases the risk of contamination; in 2018, at least 199 Americans became sick after taking kratom tainted with salmonella. It also means the quantity of active ingredients may differ from what's printed on the label, or that there could be additional, potentially dangerous substances mixed in. One 2019 FDA analysis of 30 kratom products found noteworthy levels of both nickel and lead, which may be harmful with long-term exposure.

While there is some anecdotal evidence of kratom's benefits, they're largely outweighed by its considerable drawbacks. In the meantime, it's best to speak with your HCP about therapies for chronic pain, panic attacks and other health conditions. Together, you can work to find treatments proven to be safe, effective and right for you.

This article originally appeared on Sharecare.com

March 5, 2020
National Poison Prevention Week is in March, national efforts are made to remind people that poisonings can occur anywhere, anytime, to anyone...
Previous Post

February 28, 2020
A knock to the noggin. A bump on the head. Call it what you want, but every 21 seconds someone in the U.S. experiences what is medically known...
Next Post
Back to blog home

Scheduled procedures and surgeries during COVID-19: What to expect

Intermittent Fasting: What Really Happens to Your Body

Got groin pain or swelling? Don't ignore it.

Is Your Anxiety Normal or a Sign of Something More Serious?

Get to Know Your Heart